Publication date: 16 Nov 2015
us Video
Currency translation adjustments, or CTA, result from changes in exchange rates, with the cumulative amount residing in the equity section of the balance sheet. It’s easy to understand how it gets in there, but the question of when it is eliminated is more complicated.
Hear PwC’s Brian Ness explain how CTA is created, the guidance on how it is eliminated and walk through a few examples applying the guidance. 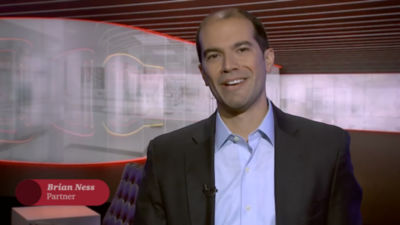 Transcript
Hello I'm Brian Ness, a partner in the national office.
Today I’m talking about foreign currency cumulative translation adjustments and specifically when such amounts can get released into earnings.
Cumulative translation adjustments, or CTA, arise from translating a foreign entity’s financial statements into the parent’s reporting currency.
For example, if a US company has a subsidiary in Germany with the euro as its functional currency, the subsidiaries financial statements would need to be translated into US dollars to be consolidated by the parent. The effect of changes in exchange rates between the Euro and US dollar results in CTA. This is recorded in other comprehensive income, net of related tax effects, and then resides in a cumulative translation adjustment account in the equity section of the balance sheet.
So now that we know how it is created, the question is, when is it eliminated?
The first step requires a determination as to whether the transaction is “within” a foreign entity or “in” a foreign entity as the guidance is different. The guidance precludes the release of CTA to the income statement for derecognition events that occur “within” a foreign entity, unless such events represent a complete, or substantially complete, liquidation of the foreign entity. However, derecognition events related to investments “in” a foreign entity, for example the sale of a legal entity, result in the release of CTA to the income statement even when a non-controlling financial interest is retained.
So what does that mean? You need to distinguish if you are disposing of something that is a part of a broader foreign entity or if you are selling the foreign entity itself. So with that in mind, let’s walk through a few examples.
Let’s first consider a “within” example. Assume a US company has investments in real estate properties which are set up as five separate legal entities located in the UK. The Company has determined that these 5 legal entities represent one foreign entity as they have similar operations and business purposes and each of the 5 legal entities’ operations are of similar size. In this example, if the Company sells one of the investments, it would not reclassify CTA into earnings because that one investment does not represent a complete or substantially complete liquidation of the foreign entity.
Now, let’s walk through an “in” example. Assume a US multinational company sells 60% of its wholly owned foreign subsidiary, which represents a foreign entity, thereby reducing its interest from 100% to 40%, and deconsolidating the entity. This is a transaction involving an investment "in" a foreign entity. When the foreign entity is deconsolidated, 100% of the CTA is released. On the face it may seem like 60% of the CTA would be released, but since the entire entity is deconsolidated, 100% of the CTA is released and then the noncontrolling interest is recorded on the company’s books.
Finally, let’s consider a transaction in which a pro rata release of CTA would be appropriate.
For this example, assume a US company has an equity method investment in a foreign entity with a related CTA balance of $100. During the year, the company reduces its ownership from 40% to 30%. This represents a 25% reduction in the company's ownership percentage of this foreign entity. In this case, 25% of the CTA balance, or $25, should be reclassified into earnings.
However, if the facts were slightly different and the equity method investment was part of a foreign entity, no CTA would be reclassified, unless the disposition represented the complete or substantially complete liquidation of the foreign entity that contained the equity method investment.
As you can see, understanding whether a transaction involves an investment "within" a foreign entity or "in" a foreign entity is key to getting this accounting right.
For more on this topic refer to PwC’s Foreign Currency guide available on CFOdirect.com.

Back to the Original document