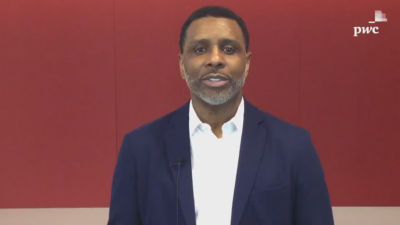 Companies can elect several practical expedients intended to ease implementation of the new leases standard (ASC 842). Watch PwC's Gregory Johnson discuss the transition options available and how companies might benefit.
Duration: 4:13
Transcript
Hi, I’m Gregory Johnson, a Director in PwC's national office.
In a previous video in our leases series, we discussed the general transition approach to the new leases standard as well as the package of practical expedients that is available to help ease transition.
In addition to the “package,” there are several other practical expedients that can be elected when adopting the new standard. I will review three of the expedients in this video.
Another practical expedient related to the lessors’ ability to combine lease and non-lease components will be covered in another video.
Let me start with a practical expedient that was recently approved by the FASB.
Currently under the new standard, lessees are required to recognize and measure their leases at the beginning of the earliest period presented in their financial statements.
This means a public company adopting the new leases standard on January 1, 2019 would need to recognize and measure its leases as of January 1, 2017 in its comparative financial statements.
To remove the burden of going back to January 1, 2017, the FASB approved a practical expedient which provides companies the option to apply the new guidance at its effective date (in my example, January 1, 2019), without having to adjust the 2018 and 2017 comparative financial statements.
Instead, companies would recognize a cumulative-effect adjustment in equity upon adoption as of January 1, 2019.
This simplifies transition, as companies won’t need to record leases that expired prior to 1/1/19 or consider the effects of lease modifications during the comparative periods presented.
In addition, there are two other practical expedients that companies may want to consider.
A company may elect the hindsight practical expedient—which is an option that allows it to use hindsight in determining the lease term and in assessing any impairment of right-of-use assets during the lookback period. And when I refer to the "lookback period," I mean the comparative periods that are being restated.
Under the hindsight practical expedient, a company may consider the actual outcome of lease renewals and termination and purchase options it previously evaluated when determining lease classification.
While the hindsight practical expedient can be elected separately or in conjunction with other practical expedients, it must be applied to ALL leases during the lookback period -- including both when the company is a lessee and a lessor.
This is important, because using the hindsight practical expedient might require a lot of effort if a company has a large number of leases. In some cases, applying this expedient may actually be more challenging than not applying it.
The last transition expedient I'll discuss is related to land easements.
This is important, given that, some companies may have numerous easements going back many years. Historically, some companies have accounted for land easements as leases, while others have accounted for them as intangible assets.
So, in recognition of the potential effort required to account for land easements, companies can elect to not apply the new leases guidance to land easements that existed before the effective date of the new standard, but only if the land easements were not previously accounted for as leases.
So, a company could continue to account for existing land easements under other GAAP. However, they would need to apply the new leases guidance for easements entered into, or modified, on or after the effective date of the new standard.
With the transition relief options available, companies have a lot to consider in determining the most efficient way to transition to the new leases guidance.
But, time is running short - we're nearly halfway through 2018, and January will be here before you know it. So we encourage companies to continue moving forward with their adoption efforts.
For more information on lease accounting, please refer to the Leases section on CFOdirect.com.
Thank you.

Back to the Original document