Publication date: 01 Nov 2017
us Video
Accounting for costs to obtain and fulfill a contract under the new revenue standard will require judgment. If these costs are capitalized, determining the method and period to amortize them over will also require judgment. Roxanne Fattahi discusses when to capitalize and whether the practical expedient could apply. 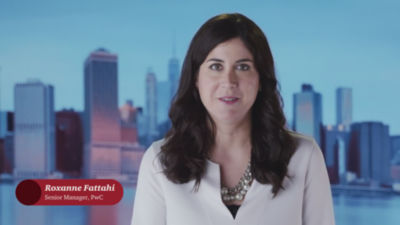 Transcript
Hi, I'm Roxanne Fattahi.
Certain costs to obtain and fulfill a contract are recognized as assets under the revenue standard. Today, I'll explain which costs may qualify for capitalization and the related subsequent accounting.
Let's start by addressing the accounting for costs to obtain a contract. These costs can include selling and marketing costs, bid and proposal costs, sales commissions, and legal fees. Only incremental costs to obtain a contract are recognized as an asset if they're recoverable. So what's meant by the term incremental costs? Well, a cost of obtaining a contract is incremental if the cost would not have been incurred if the contract was not obtained. A common example of this type of cost is a sales commission.
Further, incremental costs to obtain a contract could include payments to various individuals, not just a direct salesperson. For example, a payment to a manager or VP of Sales could be "incremental" if it's based solely on obtaining a contract or a group of contracts with customers. Costs of obtaining a contract that are not incremental should be expensed as incurred. For example, an entity should expense proposal and bid costs that are incurred regardless of whether the contract is obtained.
Let's move on and discuss the accounting for costs to fulfill a contract. These costs may include initial set-up or mobilization costs. Note that this guidance only applies when other cost guidance does not apply. For example, costs that are in the scope of the inventory guidance or internal-use software guidance will continue to be accounted for under those standards.
Costs to fulfill a contract are capitalized if all of the following three criteria are met:
Determining whether fulfillment costs qualify for capitalization under this guidance could require judgment. For example, entities will have to determine whether fulfillment costs relate to satisfied or future performance obligations. Costs that relate to satisfied performance obligations should be expensed as incurred. It's also not appropriate to defer costs simply to normalize profit margins by allocating revenue and costs evenly over the life of the contract.
Finally, let's address the subsequent accounting for an asset recognized from the costs to obtain or fulfill a contract. In general, the asset should be amortized on a basis that's consistent with the transfer of goods or services that the asset relates to. Determining the related goods or services will drive both the method and period of amortization of the asset. In practice, this determination may be less than straightforward because the costs could relate to the initial contract, anticipated renewals, or specific performance obligations in the contract. For example, if the asset relates to both the initial contract and anticipated renewals, the asset will be amortized over a period longer than the initial contract term. Additionally, if the goods or services don't transfer evenly throughout the contract, then straight line amortization of the related asset wouldn’t be appropriate.
We frequently receive questions regarding the amortization period for assets recognized from sales commissions paid on initial contracts and renewals. To clarify, the amortization period of the asset recognized from the initial commission should not include anticipated renewals if the entity also incurs a commensurate commission for the renewals. However, if the renewal commission is not commensurate with the initial commission, then the amortization period would be longer than the initial contract term such as over the average customer life. Practically, renewal commissions are often not "commensurate" with the initial commission because it's common for companies to pay a lesser commission for renewals.
The standard does provide a practical expedient that allows an entity to expense incremental costs to obtain a contract when the expected amortization period is one year or less. Keep in mind that the amortization period could be longer than the initial contract period when determining whether the expedient is available.
For more information on this topic, please refer to chapter 11 of our Revenue accounting guide, available on CFOdirect.com.

Video – Capitalizing costs under the new revenue standard (00:04:35)
Go to this content